For a while when I was young and stupid I genuinely believed in UFOs, space aliens and the like, and I devoured books about so-called encounters with extra-terrestrial beings. (I was also genuinely convinced that Jimi Hendrix had come from another planet, since no human could play that well.) Ezekiel chapter 1was a kind of proof text for UFO-freaks, since what was described there was clearly a visitation from another galaxy. But if that vision, whatever it was, was not scary enough for Ezekiel, the start of the next chapter should have had him genuinely quaking in his sandals. His prophetic call, God tells him, is to a ‘rebellious nation’ (a phrase particularly used in this book), who will refuse to hear his message, and be obstinate and stubborn instead. It is one thing to feel a sense of reluctance when called to an admiring audience, but when you know from the outset that your ministry is going to be rejected it must take quite a bit of courage to begin it in the first place. However God wants to leave the people no excuse: they will at the very least know that a prophet has been among them, even if his words fall on deaf ears. They can’t say he didn’t warn them. 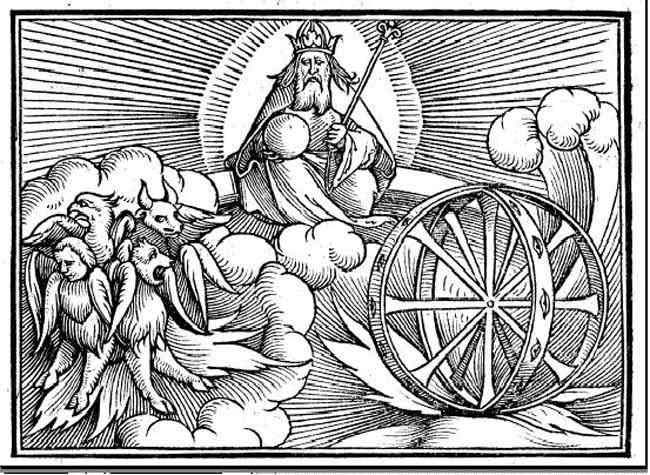 When we get to this passage church leaders and preachers automatically read it as though they are the prophets and their congregations, or at least some members of them, are the stubborn and rebellious ones who won’t do what they’re told. This may well be the case. I have a failed ministry under my belt, and it is easy for me to see myself as the prophet without honour, hounded out of town because my message was too uncomfortable. Sometimes as leaders we are called to speak hard words to stubborn people, although it goes without saying that being unpopular is not necessarily a sign that we are right and the others are rebellious. We might just be unpopular because we’re doing it wrongly! But to be able to confront as well as to comfort, to challenge as well as affirm, is an important tool in the leader’s toolbox.

But I wonder if there is another way of reading this passage which is less individual. As the church of Jesus Christ we are called to a prophetic role in wider society, and our voice is not always welcomed. As a townie working in a very rural diocese I’m struggling to understand rural spirituality, which appears to be very different from the urban version, although that does mean that I can look at the scene with new eyes and maybe see some blindspots more clearly. It seems to me that at its worst the rural church is all about joining in the ‘secular’ activities of the village (although I have been told off for using the term ‘secular’ because we’re all God’s children). As one priest put it ‘Of course we’re not here to evangelise the village’. Sadly many urban churches would agree with this sentiment.

The church often has a reputation for ‘ramming the Bible down people’s throats’ and the like, and we obviously can behave like that. But part of the calling of the whole people of God, surely, is to speak the unpopular, the challenging, the threatening word to a society which can be stubborn and rebellious with the best of them. They may not like us for it, but if we chicken out in favour of ‘niceness’ we are failing to be the church Christ calls us to be.