Last week, during the celebrations of Her Majesty’s 90th birthday, my son and I both accidentally watched the Trooping of the Colour on telly. We’d both just sat down for a break from the day’s activities, him in Winchester, me in Lincoln, and surfed until we found something which looked interesting. Steve, who is currently training for ordained pioneer ministry in the C of E, rang me later in the day and we got to reflecting on the event, which neither of us had seen before in all its glory. We got to asking the question, which I’m sure many of my readers must have pondered long and hard themselves,  ‘What would a Fresh Expression of the Trooping of the Colour’ look like? 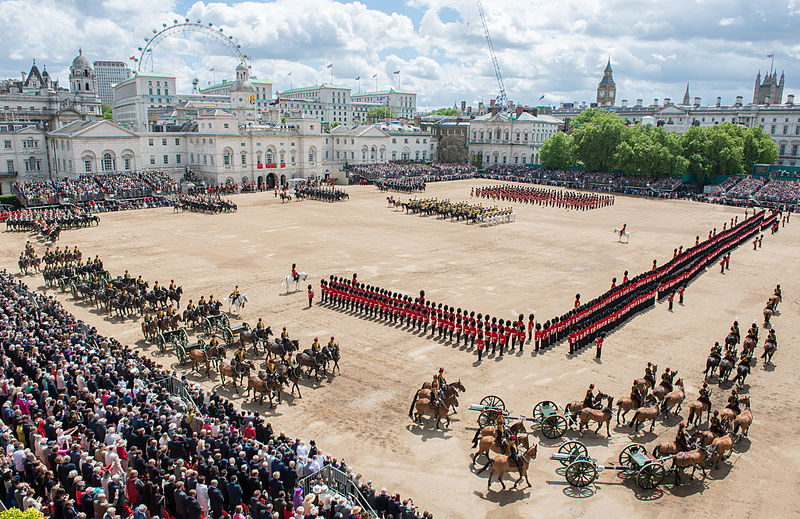 My immediate reaction was ‘You’ll be lucky!’ We’ve always done it this way, with its pomp, dressing up in ridiculous uniforms, outdated music, strange jargon, impenetrable hierarchy and unalterable precision. And all that, of course, is exactly what people love, and why the crowds turn out to watch it. It’s what makes people feel ‘proud to be British’, with our history of military domination and imperialism. I simply couldn’t imagine (and to be fair neither could Steve) what a Fresh Expression would look like.

On further reflection, however, one motif from this ceremony really struck me. Many of the people marching around  Horseguards’ Parade had, a few months earlier, been on active service in some of the most troubled parts of our world. The point was made more than once that the skills learned on the parade ground were the same skills which made soldiers so effective, and indeed might even have saved their lives,  on the battlefield. Not of course that they march around the mountains of Afghanistan wearing bright red tunics and playing the tuba, but character attributes like discipline, teamwork, precision, unquestioning obedience, pride in quality and so on are exactly the things which, when learned on the square, can prove so vital in war.

There is a very big question around helping the strange and arcane things we do in the churches of our land on Sunday mornings to be expressed in some fresh ways, and whether that is even possible, given our attraction to ‘the way we’ve always done it’. But I wonder whether there is a prior question. What are we instilling into Christian disciples on a Sunday morning which might quite literally be life-savers when they get onto the battlefield?