I love this book as it provides my sole contribution to the C of E’s Common Worship corpus – if you look on p 116 of New Patterns for Worship you’ll see my lectionary module to help with a preaching series on Haggai. All my own work!

The book dates from the period after the return from the Babylonian exile, and as we have already seen in Ezra and the third section of Isaiah things were not going as well as they might. Released from the hardship of exile and slavery, the people seem to have returned to their homeland and simply flopped. Haggai is called by God to wake the people up from their stupor and refocus on their worship of God. In particular they are called to rebuild the Temple, the symbol of God present among his people.

The spiritual stupor, though, was not one of slumber, but rather of self-centredness. In 1:4 the term ‘panelled houses’ implies a programme of home improvements for the people, while the Temple still lies in ruins. A modern rewriting of this book might include a concentration on block paved driveways and fitted kitchens, along with a neglect of spiritual life and values. In other words it is a book which speaks directly to well-off Christians feeling they deserve a bit of ease after the rigours of life. Yet it is a lifestyle which does not satisfy: Haggai describes in 1:5-6 and 2:15-19 the materialistic lifestyle which is never enough, in a way which speaks uncannily accurately into 21st century consumerism. 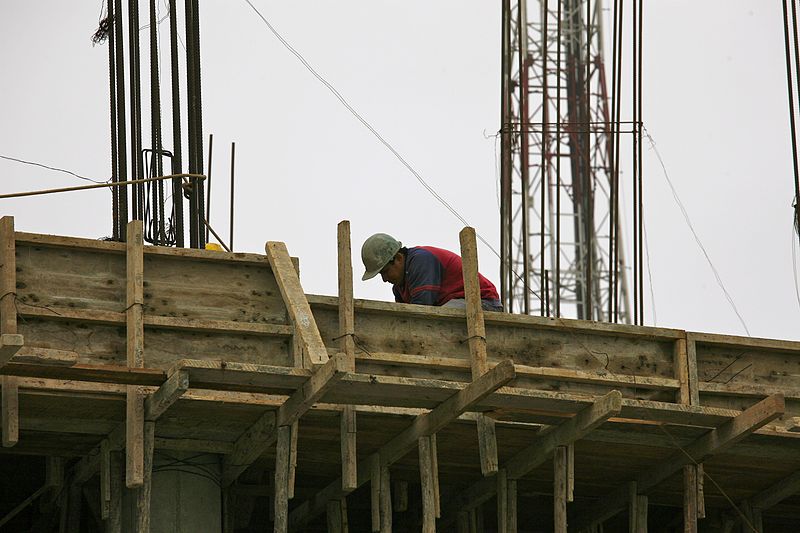 Unlike many prophets Haggai’s words do not fall on deaf ears, and there is a speedy response. If you look carefully at the chronology of the book the whole thing happens over a period of months. The people are motivated to work in around three weeks, and the work appears to be completed within around three months. But with it come some promises from God: the future is going to be even better than the past, and that the rebuilding will mark a turning point in the people’s fortunes.

Haggai also brings encouragement to the nation’s leaders, Zerubbabel and Joshua, and promises the presence of his Spirit with them. The book ends with an apocalyptic-sounding glimpse of a victorious future for the remnant of the people.

The book reminds us of two important truths: the temperature of our spiritual lives cannot but affect everything else, and that outward ease and prosperity are shallow if they are not the gifts of God. The ‘peace’ promised in 2:9 sounds an altogether different thing from the implied ease and comfort of 1:4. The more we procrastinate over our spiritual lives, symbolised here by the state of the Temple, the less the things of this world will bring us satisfaction. I write as the schools are breaking up for the summer, and church life often trims back to give everyone a well-deserved rest. But I know only too well how easy it is to forget God when life gets easier. It is paradoxical that the gift of rest, which is our eternal destiny, can serve to help us forget God when we have it down here.

The second truth, though, is the good news of fresh starts, as many as we need. How many times in our lives have we heard God saying to us ‘From this day on I will bless you’? Praise him for his mercy and patience.

Image:       By Alex Proimos from Sydney, Australia (On the Building Site  Uploaded by russavia) [CC BY 2.0 (http://creativecommons.org/licenses/by/2.0)%5D, via Wikimedia Commons Elsewhere in a different blog I’m writing about the church – what’s it’s for and how we can get it right or wrong (#whatschurchfor). This passage is absolutely key in understanding the state of the church today, and in order to grasp why I’ll need to take you back a few years to an evening spent in London with Chris my wife. We’d got tickets for some show or other, and we were going to eat first and then go on to the theatre. I have no remembrance at all about the show, or even what it was, but I’ll never forget the meal. We went to a well-know chain which wasn’t called ‘Simon’s’ but something in close partnership with him. We ordered our meal, which I have to say was very nice, and decided that if we were quick we just had time for afters. Trying to summon a waiter or waitress we found that all the staff seemed inexplicably to have disappeared. After about 20 minutes of hanging around we decided that we’d missed afters and we had to get going, so our quest became instead for someone who would give us our bill. We could easily have just walked out, and I have to admit we were tempted, but in the end I got up from our table and went hunting. Seated in a booth round the back somewhere about ten staff, all in their uniforms, were tucking into a meal. ‘Sorry to interrupt’ I said with as much sarcasm as I could muster, ‘but we need to pay and go.’ Grudgingly one of them got up and got our bill, which we paid in haste and just made it to the theatre in time. At least it saved us the cost of a tip.

The Jews in the time of Jesus were very keen on being the ‘chosen people’, but what they hadn’t grasped was that they were chosen to be God’s waiters and waitresses to bring his blessings to the rest of the world. Abraham’s call in this passage was twofold: to be blessed, but also to be a blessing to all peoples on earth. And therein lies the problem: the Jewish nation wanted the first bit but forgot the second, a tradition in which much of the Christian church has been proud to follow. Whenever we claim exclusivity; whenever we operate as a holy huddle; whenever we subtly set up church structures which are hostile to newcomers or outsiders or people who are not like us, we are just like those staff who are happy to sit and feast themselves while others go unnoticed and hungry. This call, to remember that original commission to Abraham, both to be blessed and to bless, echoes through the rest of the Bible: most notably in Isaiah 49:6

“It is too small a thing for you to be my servant to restore the tribes of Jacob and bring back those of Israel I have kept. I will also make you a light for the Gentiles, that my salvation may reach to the ends of the earth.”

When Simeon greeted the new-born Messiah he too knew that this was God’s call:

“My eyes have seen your salvation,
which you have prepared in the sight of all nations:
a light for revelation to the Gentiles,
and the glory of your people Israel.” (Luke 2:30-32)

Since this narrow exclusivism and self-centred consumerism has been, and continues to be, such a perpetual problem for God’s people, we do well to look at our own church life very carefully, lest we find ourselves feasting at God’s table while others go hungry, wanting blessings but less keen on being blessings. It has long been my practice to remind people of this danger liturgically: whenever I give the liturgical blessing at the end of services I always use this adaptation of the usual words:

The blessing of God Almighty,

The Father, the Son,

and the Holy Spirit

be among you, remain with you always,

and make you a blessing to others.